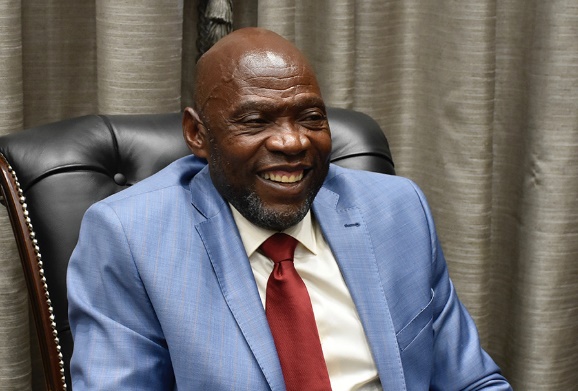 Khato Civils, a company awarded a Lilongwe-Salima water project, is geared to execute the much-awaited project to tap water from Salima to Lilongwe with a reduced cost by $102 million (about K73 billion).
Lilongwe Water Board awarded Khato a K400 billion Lilongwe-Salima water project but the company has cut the cost of the project from US$400 million dollars to US$315 million.

Social commentator Stanley Onjezani Kenani said in the absence of competitive bidding, it was difficult to ascertain whether the reduction is a fair price.

However, Khato Civils chairperson Simbi Phiri justifies the reduction of costs due to the new innovation in delivering the project. His company has brought new equipment that can do the job swiftly.

The Lilongwe-Salima Water Supply Project has always stirred controversy as the project, for years, failed to roll out.

Simbi Phiri at one point blamed some politicians during the administration of Democratic Progressive Party (DPP) and some government officials, saying they were bent at frustrating the project for their own selfish reasons.

But the new Tonse Alliance administration has resolved the bottlenecks and allowed the project to be start in earnest which has seen the two sides held a virtual meeting where government was represented by Ministry of Finance, Department of Environmental Affairs and the Lilongwe Water Board.

Chairperson of the Parliamentary Committee on Natural Resources, Welani Chilenga, told the local media after the meeting that Khato Civils has cut the cost of the project from US$400 million dollars to US$315 million.

“Lilongwe Water Board had already pumped in US17 million and that has also been subtracted, bringing the total cost to US298 million (about K227 billion),” said Chilenga.

“We are also happy that Khato Civils have also shown commitment to continue the project with the new government,” Chilenga said.

The Salima-Lilongwe water project has been a subject of legal battles with the civil society taking the government to court for awarding the firm the contract before an environmental assessment was done, a matter which Khato Civils won.

The project, if done, is expected to provide water to the city of Lilongwe via a 120-kilometre pipeline from Lake Malawi.

Khato Civils is on record to have said that it spent $71.2 million of its money on the required processes prior to starting the project