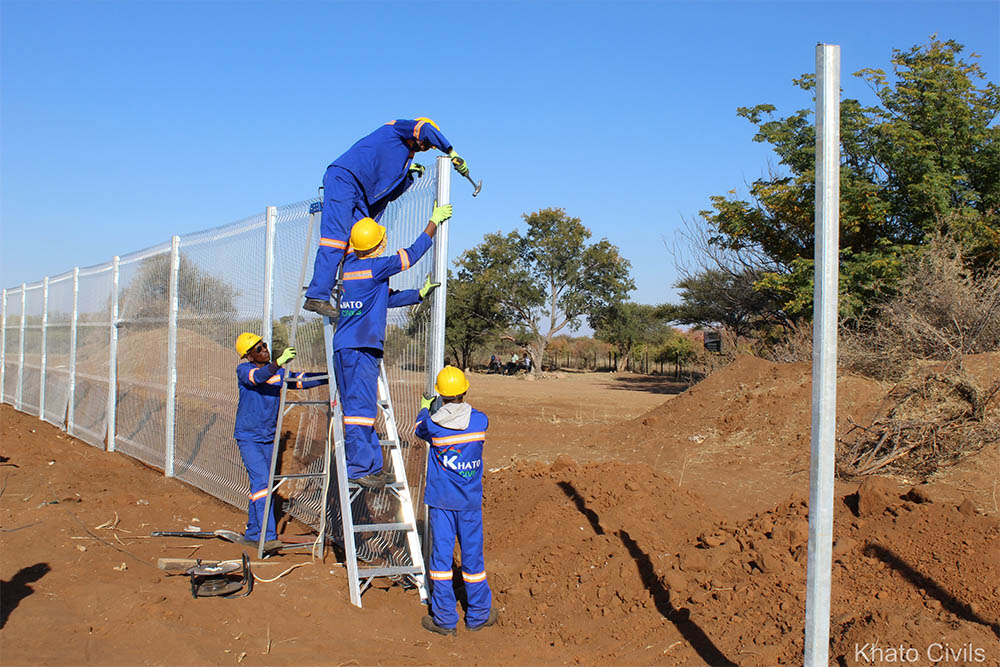 The multimillion project expected to hire 400 from four villages of Leshibitse, Artesia, Rasesa and Bokaa
Some 400 residents of Leshibitse, Artesia, Rasesa and Bokaa will be hired in the P781 million 83 kilometres water pipeline from Masama to Mmamashia being built by Khato Civils. Under the agreement signed between Water Utilities Corporation and Khato the emergency project which started on June 1st will be completed in 12 months’ time, but Khato promises to finish in 10 months since they use the state of art trenching machines capable of digging five (5) kilometres per day. Bakgatla royals are over the moon at the prospects that the project will bring for their villages. Bakgatla Regent, Kgosi Bana Sekai confirmed that he and Dikgosana from Leshibitse, Artesia, Rasesa and Bokaa had a series of consultative meetings with Khato Botswana management team, at which they were promised that residents of all these villages would be hired in the project. Khato Civils also promised to do something for the community under their Corporate Social Responsibility (CSR) programme. “I liked the idea, we will be thankful if this could happen. I pray and hope that they will walk the talk,”
Sekai told Botswana Guardian.
Read more on this article